Get Salary Data on All Global Countries

How much does a Web Developer make in the United Kingdom? The average Web Developer salary in the United Kingdom is £39,432 as of March 03, 2021, but the range typically falls between £34,776 and £44,086. Salary ranges can vary widely depending on many important factors, including education, certifications, additional skills, the number of years you have spent in your profession. With more global market data that allows you to price your jobs around the world and compare job salaries across countries and cities on real-time compensation data, Salary.com helps you to determine your exact pay target.

Salary.com provides trusted global salary data in over 100 countries to organizations like yours to attract and retain top talent. Our data covers more than 25,000 unique job titles over 8,000 organizations.

See it in Action 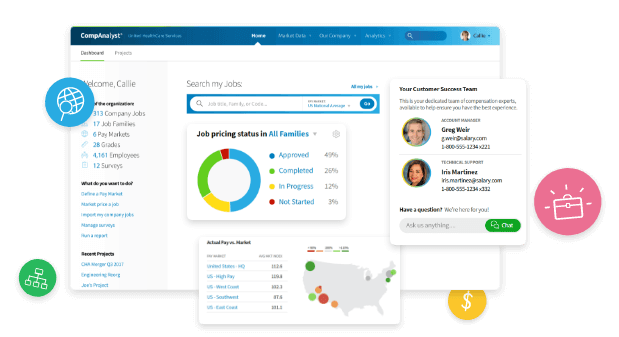 What does a Web Developer do?

Be the first to add Web Developer responsibilities.
Submit Other Responsibilities
Not the job you're looking for? Search more salaries here:

Are you an HR manager or compensation specialist?

The total area of the United Kingdom is approximately 244,820 square kilometres (94,530 sq mi). The country occupies the major part of the British Isles archipelago and includes the island of Great Britain, the north-eastern one-sixth of the island of Ireland and some smaller surrounding islands. It lies between the North Atlantic Ocean and the North Sea with the south-east coast coming within 22 miles (35 km) of the coast of northern France, from which it is separated by the English Channel. In 1993 10 per cent of the UK was forested, 46 per cent used for pastures and 25 per cent cultivated f...
Source: Wikipedia (as of 03/30/2021). Read more from Wikipedia

Similar Jobs to Web Developer in the United Kingdom

What is the salary range for a Web Developer in United Kingdom? What is the average hourly rate?


Most hiring managers in United Kingdom expect job candidates to negotiate salary. By doing this you will demonstrate that you are confident in your abilities and comfortable taking initiative which are traits that are beneficial for almost any role. You should try to negotiate the highest starting salary of the Web Developer position that you can in United Kingdom. This starting salary of the Web Developer position will become the basis for all future increases while you are employed at the firm. A lower starting salary will result in smaller raises, even if the % increase is large, so try to maximize that starting base salary amount.
Once you have received an offer of the Web Developer position in United Kingdom, ask for a little time to consider it. Research salary levels for the position so you will know what range of salary is applicable for your job and location. Emphasize any special skills, experience, certifications, or credentials that you have. Point out past accomplishments that will be useful in the role. Suggest a salary that is slightly higher than your target, this will give you room to negotiate a lower amount but still meet your needs. March 03, 2021 salary.com )
How do you evaluate the advantages, opportunities, and salary for a Web Developer role located in large metropolitan city or in a small town?


Start your evaluation by defining the most important aspects of the job and the overall lifestyle you can expect based on the location. The higher salary range of a Web Developer in the United Kingdom can be one of the reasons you are attracted to a position in a large city, but keep in mind that differences in the cost of living usually result in higher living expenses and less disposable income. a Web Developer job in a large city of the United Kingdom may offer a more varied experience, and greater opportunities for career progression, but may require long commutes or extended work hours. A large city in the United Kingdom also provides more opportunities for entertainment and other activities. On the other hand, a non-metro location may offer lower salaries and fewer opportunities but have more affordable living expenses, shorter commute times, and other advantages. Consider these factors before you decide which Web Developer job is right for you. March 03, 2021 salary.com )
Learn more about: Compensation Packages, Employee Flight Risk, Gender Pay Gap
Last Update: March 03, 2021